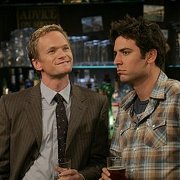 Anyone familiar with the popular American sitcom How I Met Your Mother would know the Barney-ism: “Haaaaaaaaaaaaaaave you met Ted?”  Those who’ve watched it will know that Barney and Ted are great friends and each acts as the other’s ‘wingman’ when they’re out on the town, looking for women to party.  Social media is just like that!  Being out on the town and introducing your friends – and your business – to others.  Yes!  Be your associates’ wingman.  Be your business’s wingman!

Recently I won free tickets to a comedy show in Brisbane.  I went along and took a client for a fun evening out.  The comedians were average at best, but the real fun was in networking!  And it wasn’t even a networking event!  Opposite us sat a married couple who told us about their jobs, but eventually it emerged that they were also in start-up mode with their own videography business.  Very handy since my client is a marriage celebrant, and the couple need someone to help them with social media, but they had no idea who they could ask (guess whose hand went up immediately?).

Between acts, we also got to talking to a member of a buck’s party group and ultimately found out that his wife runs a cupcake business, and they are looking for help with social media!

Bring your business out of the dark

Social networking was definitely going on in spades at the comedy club that night.  You don’t have to use Twitter, Facebook or Youtube or write a blog to make your business’s presence known (but I’m here to tell you, you should).  You don’t have to spend thousands of dollars on advertising.  Just speak up!  Have business cards on you at all times, and for that matter, have your clients’ business cards with you too.  The same night, I also gave out the cards of a mobile advertising company and a home loan provider – both clients of mine – to the same small group of people, based on our conversations.

But even on the social media platforms, you do your own business a favour by introducing people whose businesses you know and trust, to your followers.  Start a ripple.  It has to start somewhere so why not with you?  Recommend, promote, introduce – all the things you wish others would do for you; do for them first.  Social media by its very name and nature is a way of spreading a message via word of mouth or its online equivalent.  When you see someone tweet: “Does anyone know of a good plumber in my area?” and you know of one, then inside your head, a little voice must say: “Haaaaaaaaaaaaaaaave you met Pete?”  Become known as a networker, as someone who promotes others’ businesses, just because.  Others will then look for opportunities to promote yours because they’ll recognise the value in being valuable to you.

And that, my friends, is how social media works.  It’s word of mouth on the most powerful of steroids.  It’s less tricky than a game of Chinese Whispers, its reach is wider than all the oceans placed side by side, it’s even speedier than email and, unless you’re paying someone else to do it, all it costs you is a little time.

How has social networking worked for your business?  I’d love to read your anecdotes, and perhaps after reading this, you might recognise an instance where ‘just being friendly’ has translated into a business opportunity.

Gina Lofaro aka the wordmistress is a copywriter specialising in writing for the Internet. Her social media expertise, combined with her networking flair and natural instinct for marketing led to the creation of The Loop, a concept which organically connects businesses.